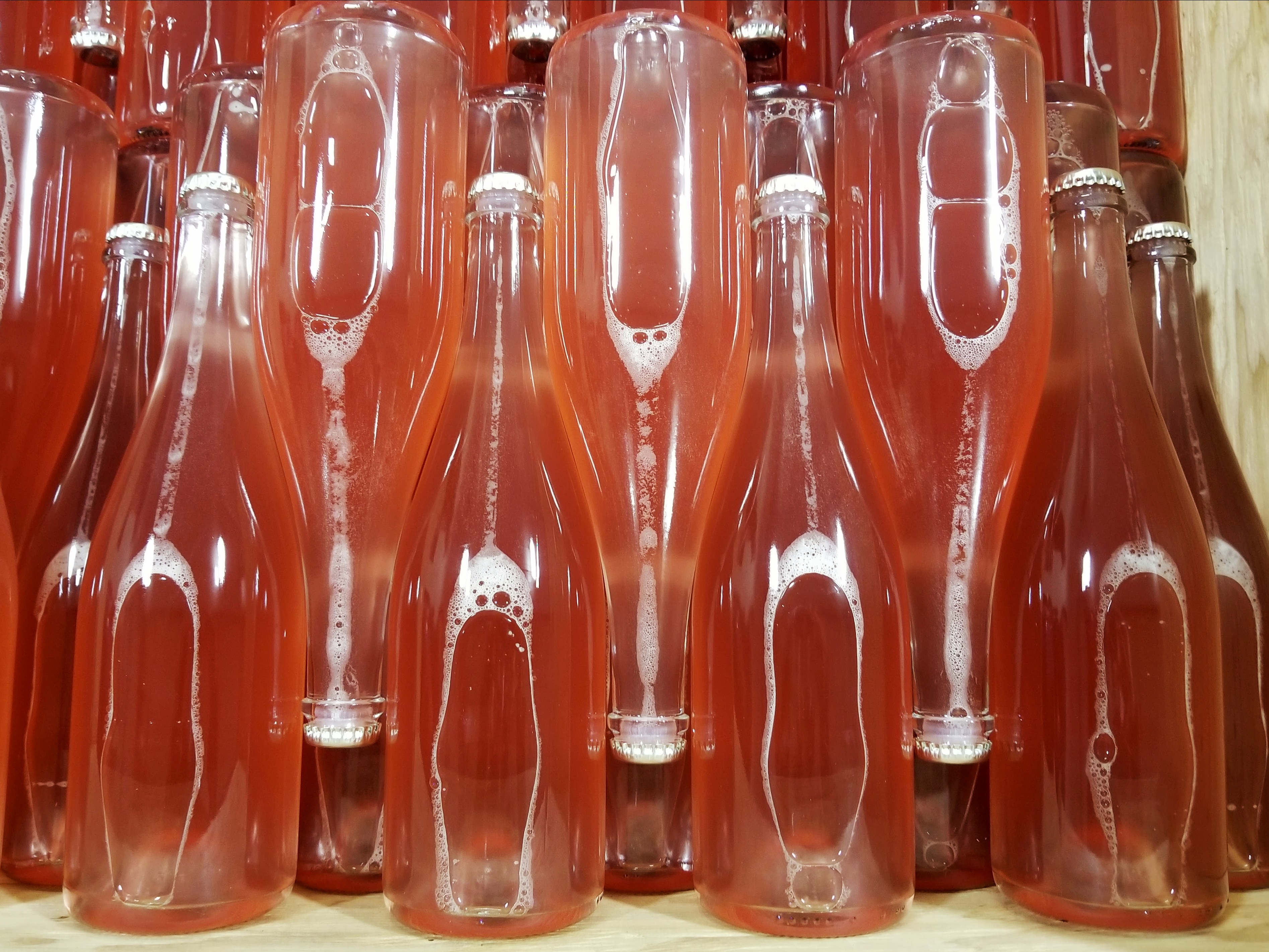 The sparkling 2017 wines have been bottled and tucked away for a long rest in the cellar. The process is just shy of magical, beginning with Andrew Davis of Radiant Sparkling Wine Company pulling up to our gravity-flow winery in Sherwood, Oregon, with his bottling trailer. The rosé has already completed its first fermentation and inside Davis’ trailer is everything needed to get it started on its second fermentation. 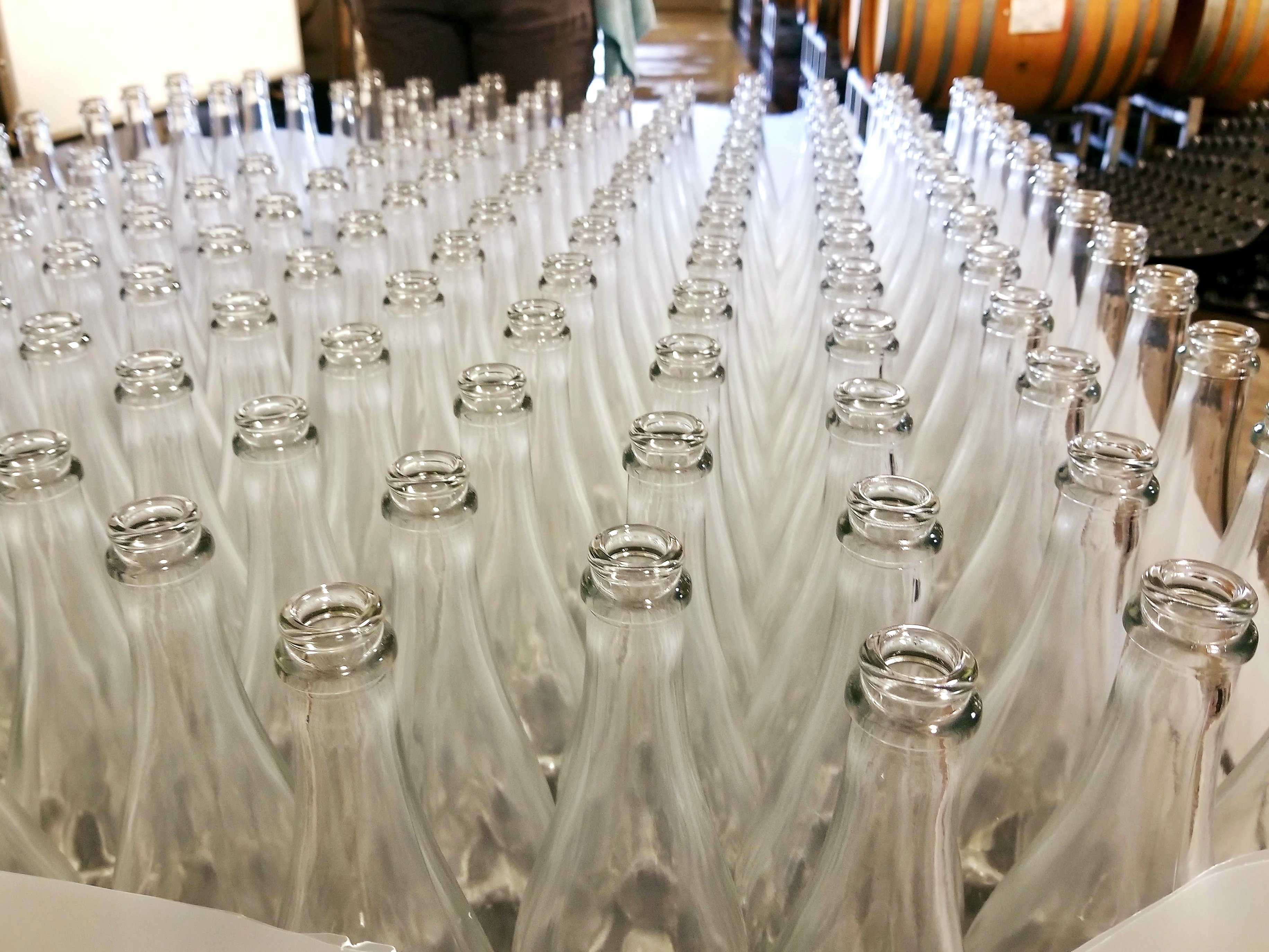 Clean bottles are loaded onto a belt on one end of the trailer. They are then filled with the rosé and the Liqueur de Tirage, a combination of yeast and sugar that kick starts the second fermentation. During this second fermentation, the alcohol level will increase slightly and the bubbles we all love so much will develop. The bottles are tightly capped and emerge at the other end of the trailer, where they are removed and stacked neatly in large crates. They’ll ferment inside these crates for the next 4-5 years.

Fun fact: Davis’ bottling trailer pushes out about 4 bottles every 20 seconds. That's a lot of wine!

What’s next for these bottles?

The yeast will eventually consume all the sugar and die. It settles like sediment in the bottle. Such expended yeast is referred to as the lees. The lees impart a pleasing texture and can contribute to flavor, however they don’t look particularly nice in the bottle, clouding the beautiful color of the wine. 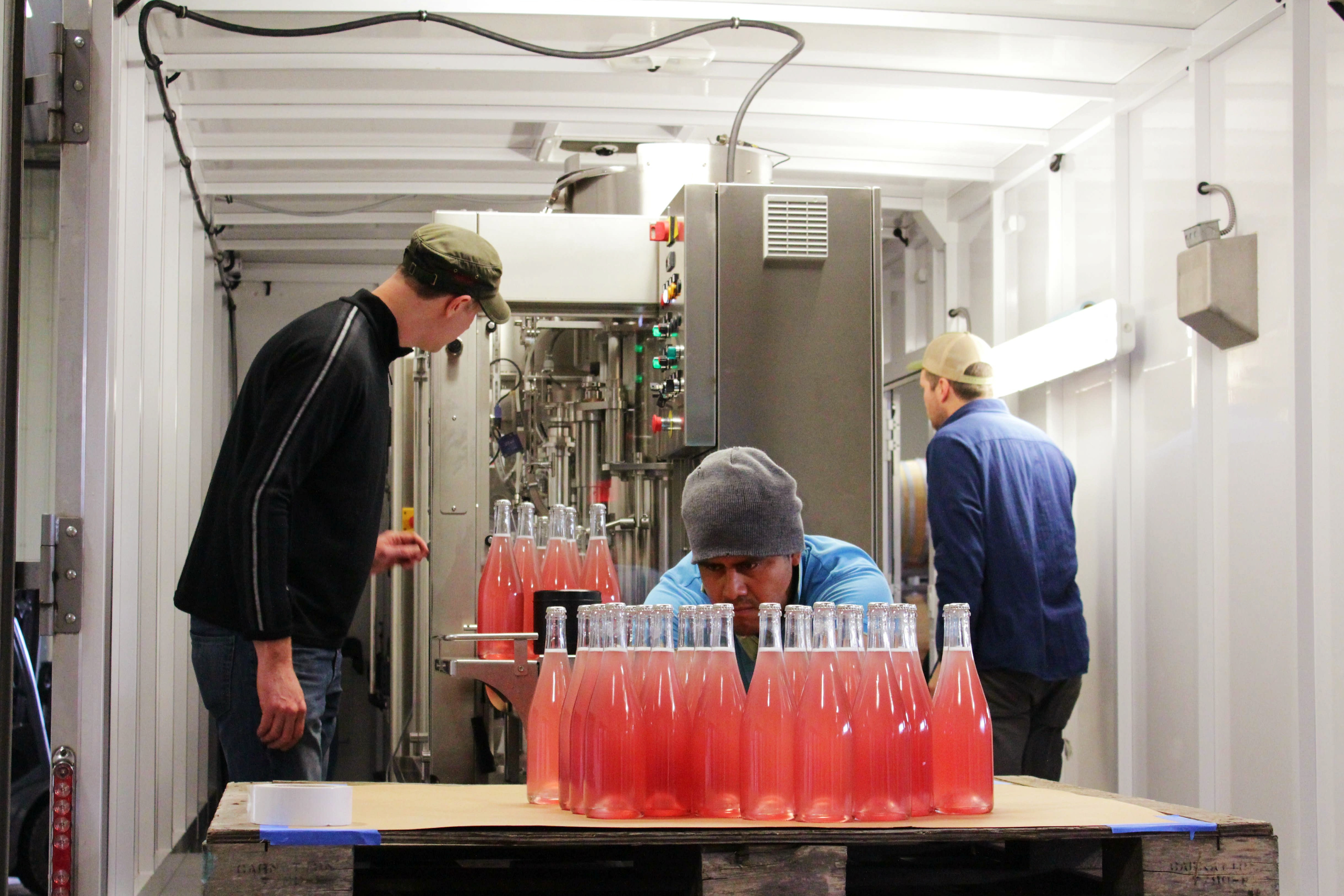 The next stage, riddling, gets the yeast out of the liquid and clarifies the wine. The bottles are slowly rotated during the riddling stage so that the lees settle in the neck. Once all the particulates are settled, the neck is submerged in a freezing liquid and the lees freeze into a solid piece. The cap is removed and the pressure inside the bottle causes the frozen lees to push out of the bottle (or be pulled out).

The last step, dosage, adds a mixture of wine and sugar to fill out the bottles. They are then corked, wired, labelled, and are ready to go.

Our pretty pink babies are just settling in for their long nap in the cellar, where they’ll be carefully monitored by Luisa Ponzi and the winery crew. They have a long way to go—sparkling wines require more direct handling than still wines—but when it’s time to pop the cork and raise a glass, the result is definitely worth it.

If you just can't wait to get your hands on some rosé, the 2017 Ponzi Rosé will be releasing in early February 2018, and the 2014 Sparkling Brut Rosé will be released in April 2018 to celebrate the opening of The Founder's Room, our new hospitality space. Follow us on Facebook so you don't miss these exciting new wines!