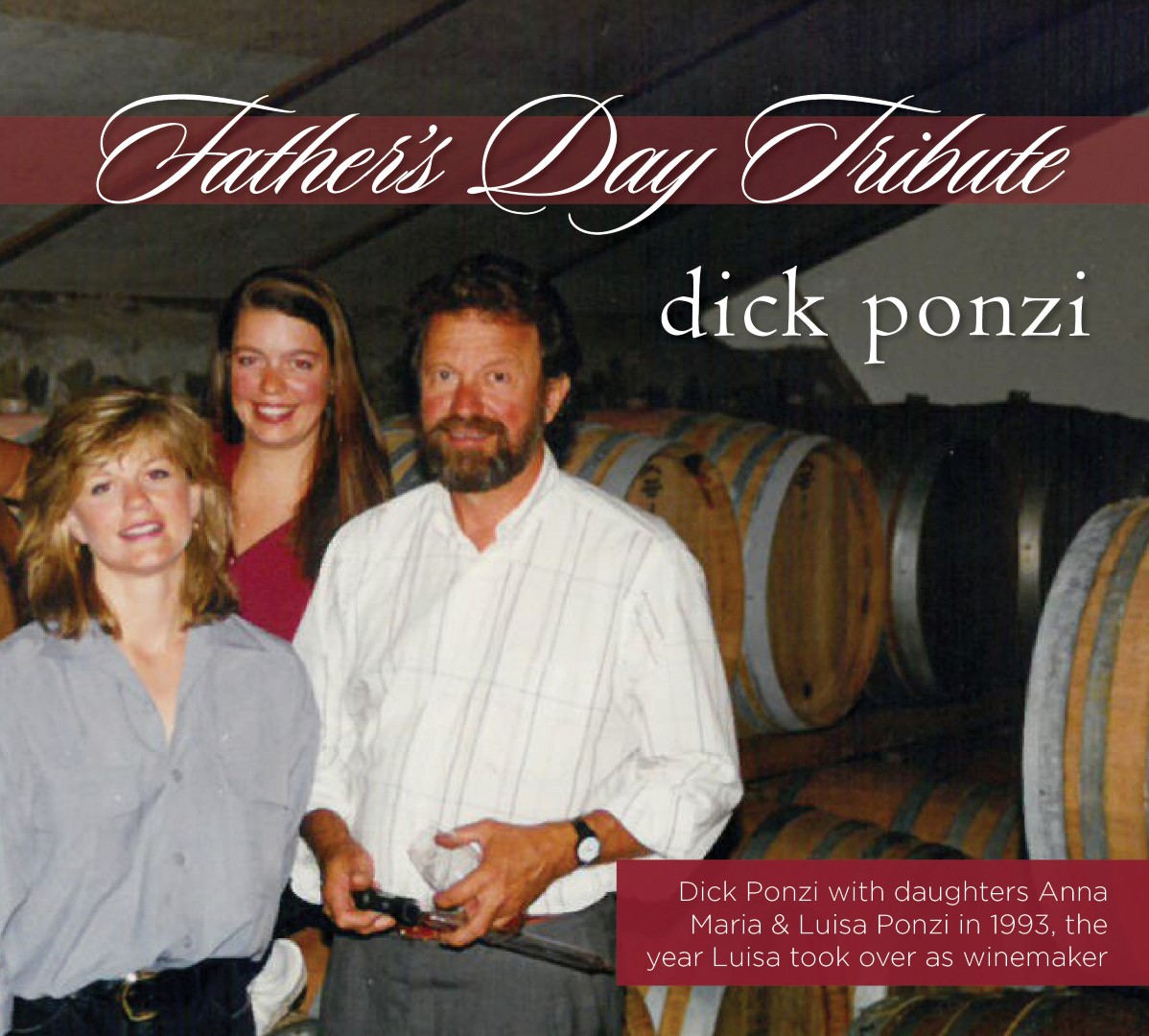 A father is a man who creates, then nurtures and protects that creation with wisdom and love. We can think of no one who embodies that idea more than Dick Ponzi.

Dick’s entire life has been one of creation: first and foremost a husband and father, he is an engineer, pioneer, educator, brewer, winemaker, builder, lobbyist and mentor. He is one of the founding fathers of the Oregon wine industry and has been a tireless protector it, nurturing the industry into the thriving force it is today. Beyond his career as a PCC educator for decades, he also taught and mentored several winemakers who later went on to build their own wineries.

He is also one of the founding fathers of Oregon’s brewing industry, having established one of the first craft breweries in the state and then lobbying to legalize brewpubs.

When you consider how much Oregon’s wine and beer industries have contributed to the state’s image and economy, you can argue that Dick is one of the founding fathers of Oregon’s booming tourism and culinary industries, too.

So this year for Father’s Day, we raise a glass of fine Oregon Pinot noir to him, and look back with respect and gratitude on all this renaissance man has crafted and raised up. 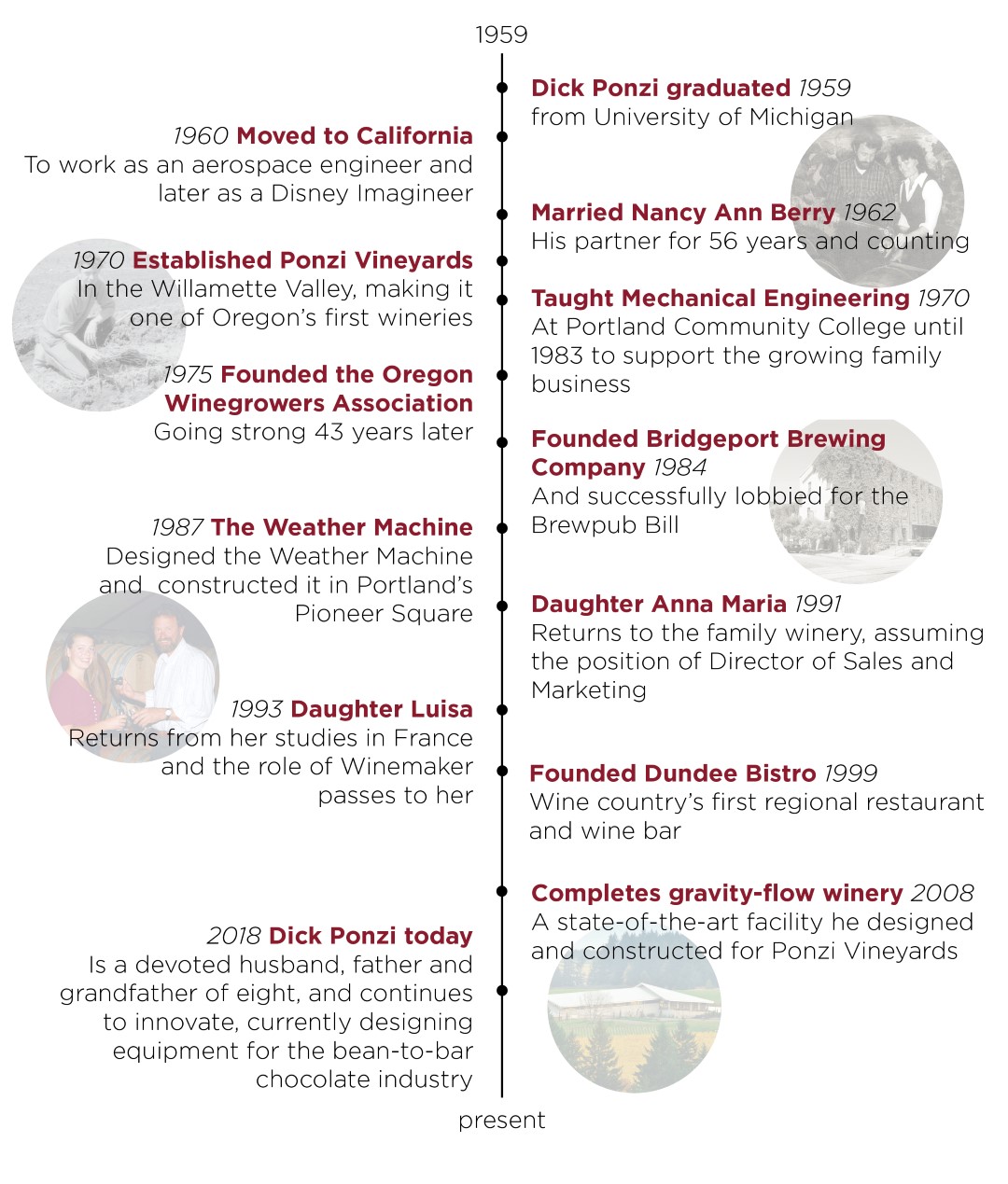