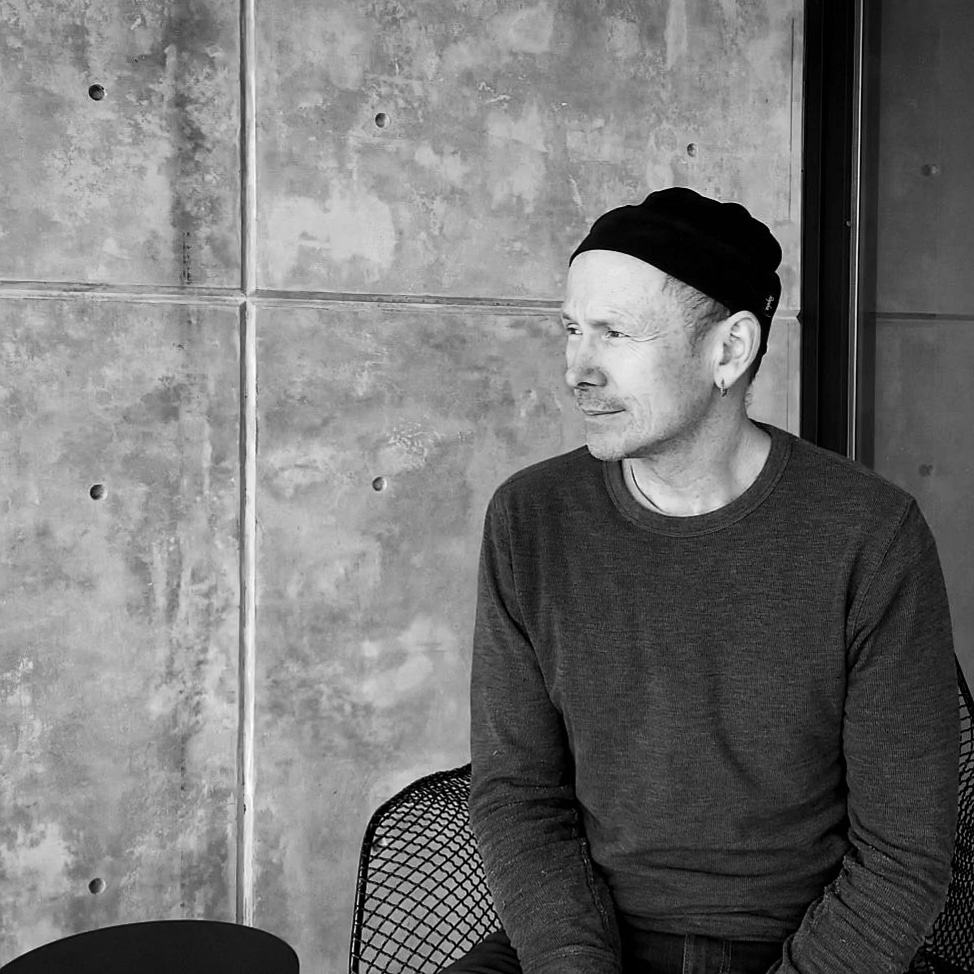 The Laurelwood at Ponzi Vineyards is a wine country hospitality space like no other. Every detail has been thoughtfully planned and even the smallest element has been crafted to reflect the values and aesthetics of Ponzi Vineyards and the Willamette Valley. Dedicated to supporting local makers, the Ponzi Family found the perfect metalworker for this project with Jeff Whitaker of Jeffmade.

Whitaker has been working with metal for 25 years, initially as an artist using it to express abstract ideas. Taking inspiration from the natural world, he made objects that looked as though they had been grown or eroded rather than made with tools. He began receiving requests to use his skills to craft more utilitarian objects. Though he resisted at first, seeing such projects as a potential distraction from his artistic work, he discovered there was not a compromise at all between art and function. Rather, he discovered he enjoyed working within project parameters.

He now takes on a variety of projects, striving for elegant design utilizing these powerful materials to create something that remains beautiful forever. This devotion to his craft has attracted a client list that reads like a “Best of Portland” list: Toro Bravo, Tasty n Sons, Mediterranean Exploration Company and Pine State Biscuits, to name just a few.

Ponzi Vineyards is very pleased to have partnered with Jeffmade for some of the most impressive features of our new hospitality space, The Laurelwood. The design of The Laurelwood pays tribute to founders Dick and Nancy Ponzi while moving forward into the future under the leadership of sisters Anna Maria and Luisa Ponzi. Whitaker’s work resonates that concept with elegant designs grounded in strong materials that still possess their natural characteristics. 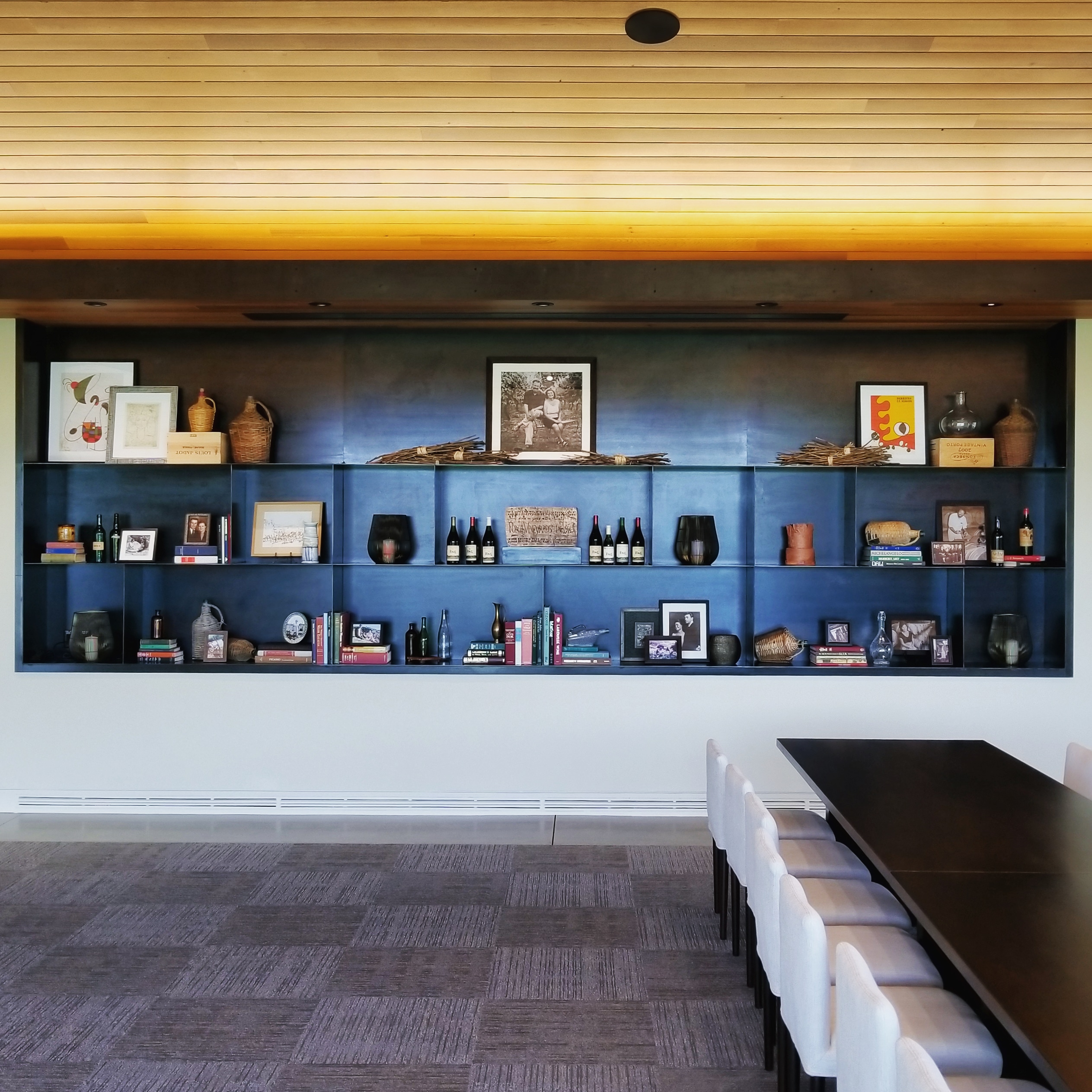 Whitaker initially worked with Ponzi Vineyards during our construction of the Tasting Room, creating the door hardware and fireplace screen. It was a natural choice to bring him back to work on The Laurelwood. For this ambitious project, he created the fireplace that is the focal point of the space, as well as the door hardware, the metal facing, and the truly impressive display cabinet. 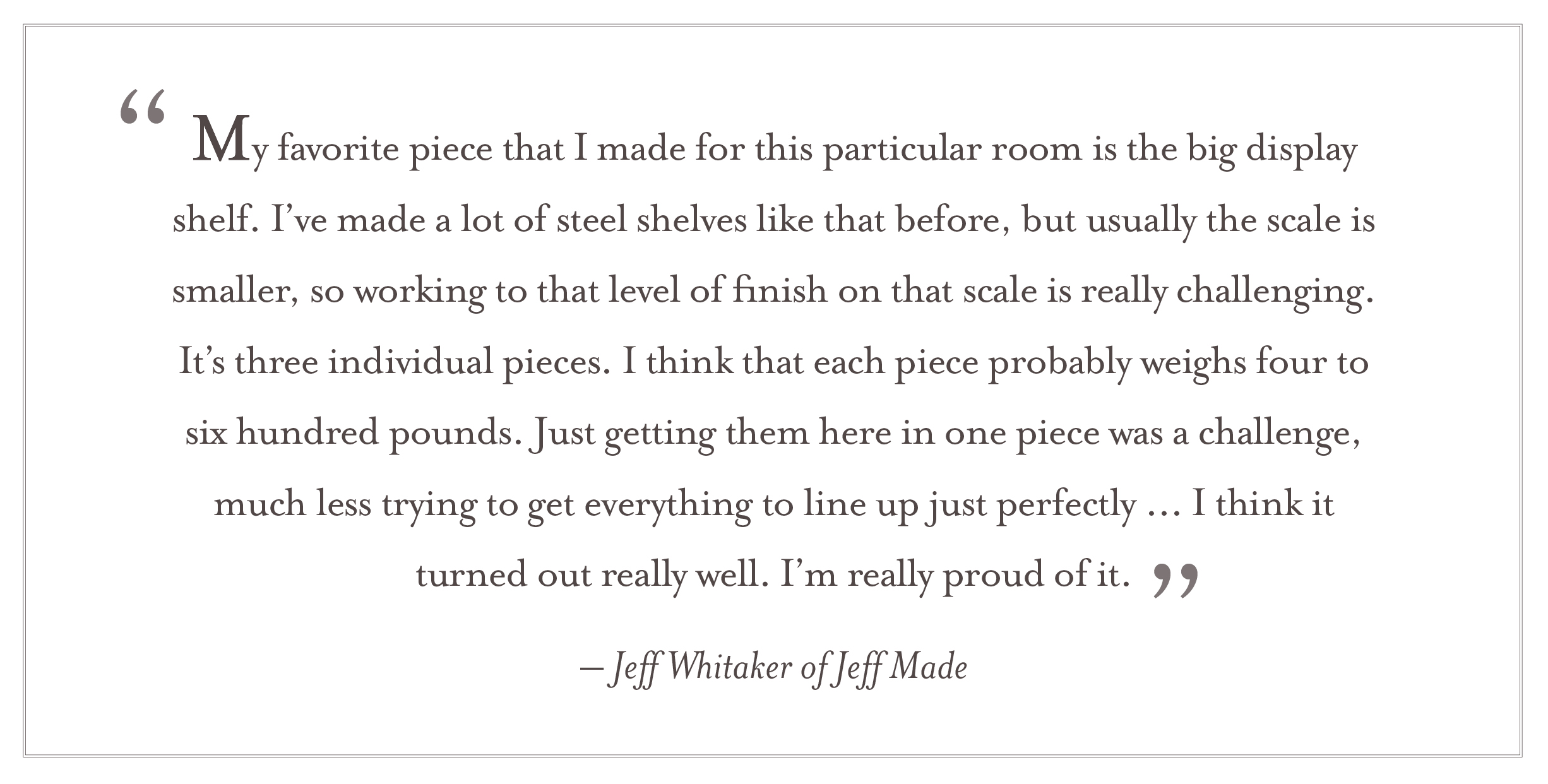 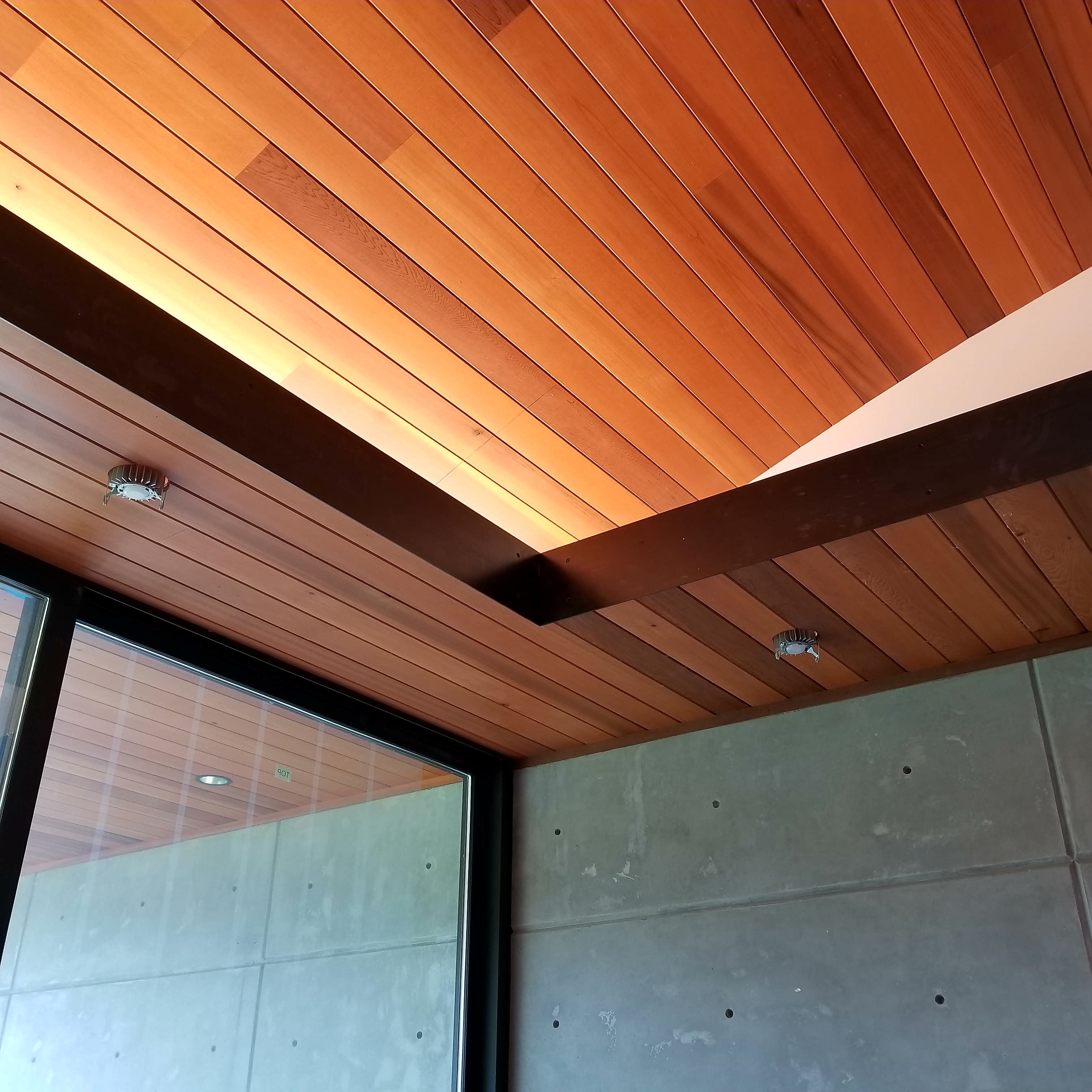 The permanence of steel is such a perfect match for this hospitality space grounded in a legacy that has had such an influence on Oregon history and that endures into the future. In selecting artists and craftspeople for The Laurelwood, Ponzi Vineyards looked for not just skill, but also for people who have an intrinsic understanding of the area and its culture, and who contribute to the elevation of the region’s prominence through their work. Joining Whitaker on that roster are a gifted woodworker, ceramicist and architect. The synergy of their creations is unique, yet reflective of the past, making The Laurelwood truly one of a kind.

To inquire about The Laurelwood, contact events@ponzivineyards.com or call (503) 628-1227.