The end of harvest has arrived!

We brought in 700 tons of beautiful fruit and are excited about the wine we'll be creating from this vintage. None of it would be possible without our skilled vineyard crew (led by Vineyard Manager Miguel Ortiz), our exemplary Production staff (led by Winemaker Luisa Ponzi), and our amazing harvest interns, who join us from around the world to learn and grow with us.

Their hard work, sense of humor and passion for this industry has made this season unforgettable. We thank you. 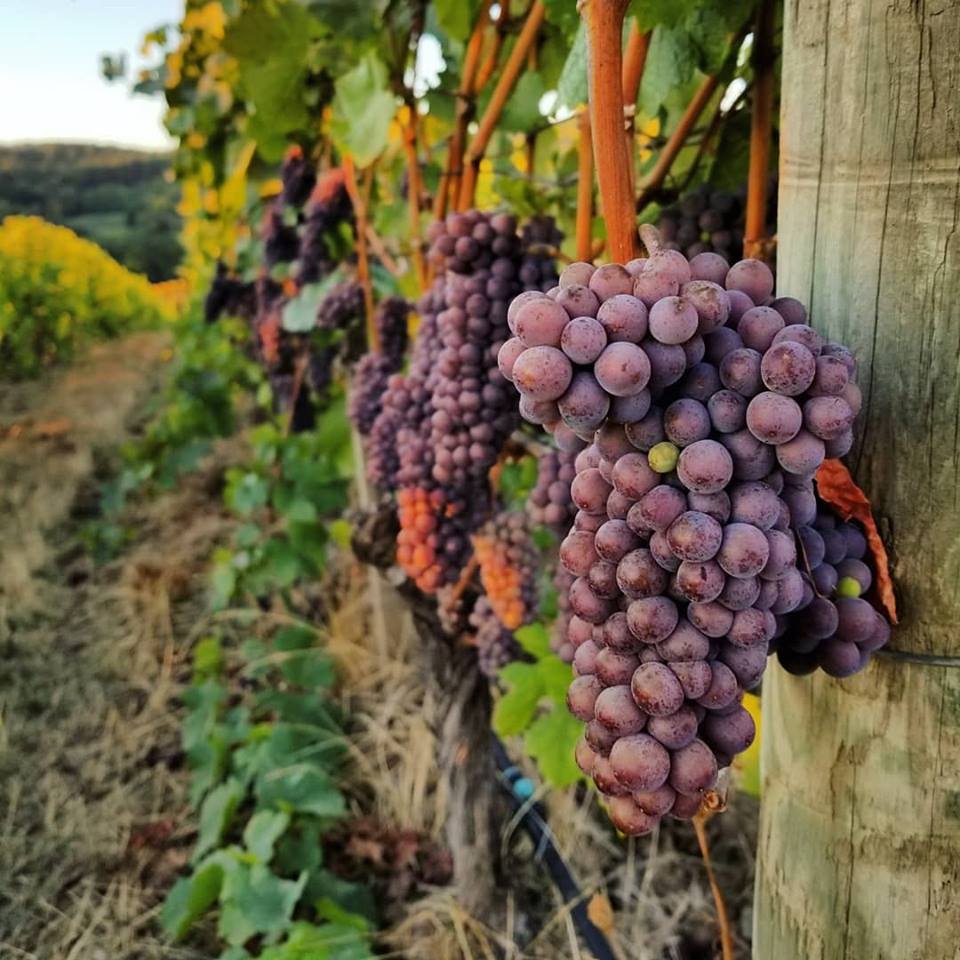 Last week we harvested Pinot gris at our stunning Aurora vineyard. Vineyard Manager Miguel Ortiz (pictured to the right) says the sweeping views of Mt. Hood and the Chehalem Mountains make Aurora one of his favorite vineyards. 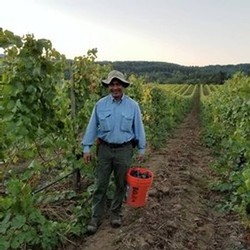 This 80-acre vineyard has it all: old vines, lots of sunlight and Laurelwood soil on a Southeast-facing slope in the Chehalem Mountains AVA in the Willamette Valley of Oregon. At 300-600 feet of elevation, this vineyard builds on experiments done at other Ponzi sites. It features numerous comparative plantings, rootstock studies, clones and spacing variations. One of the most notable plantings is an exact duplicate of the Ponzi Abetina vineyard, planted in 2005, called Abetina 2. Those plantings comprise a collection now preserved on rootstock on the same soil, elevation and aspect as the original block. Aurora is also a LIVE-certified site. 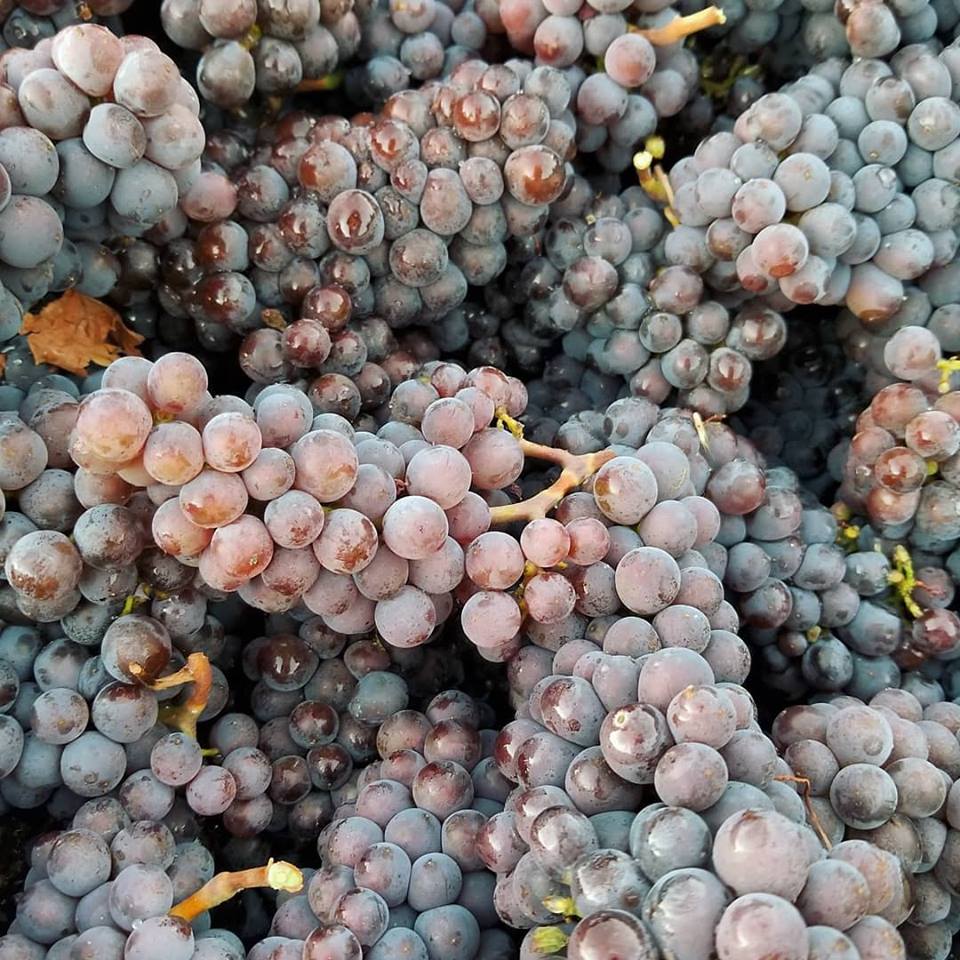 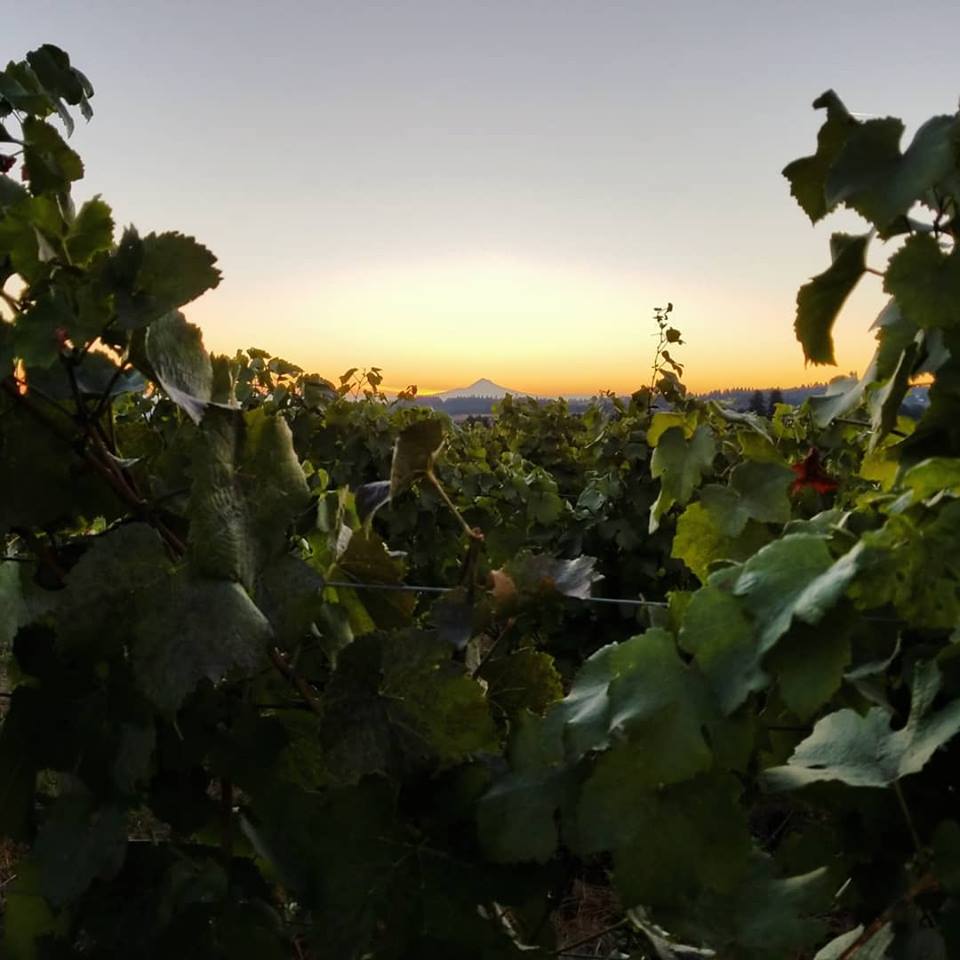 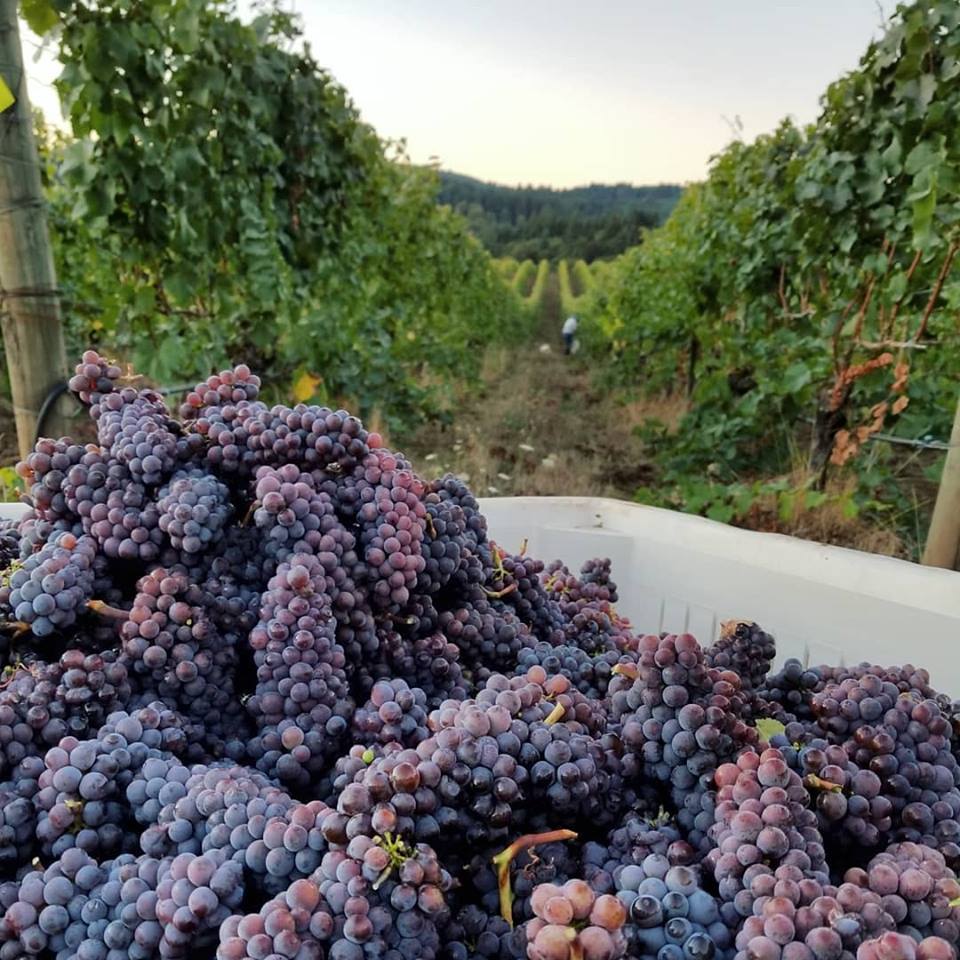 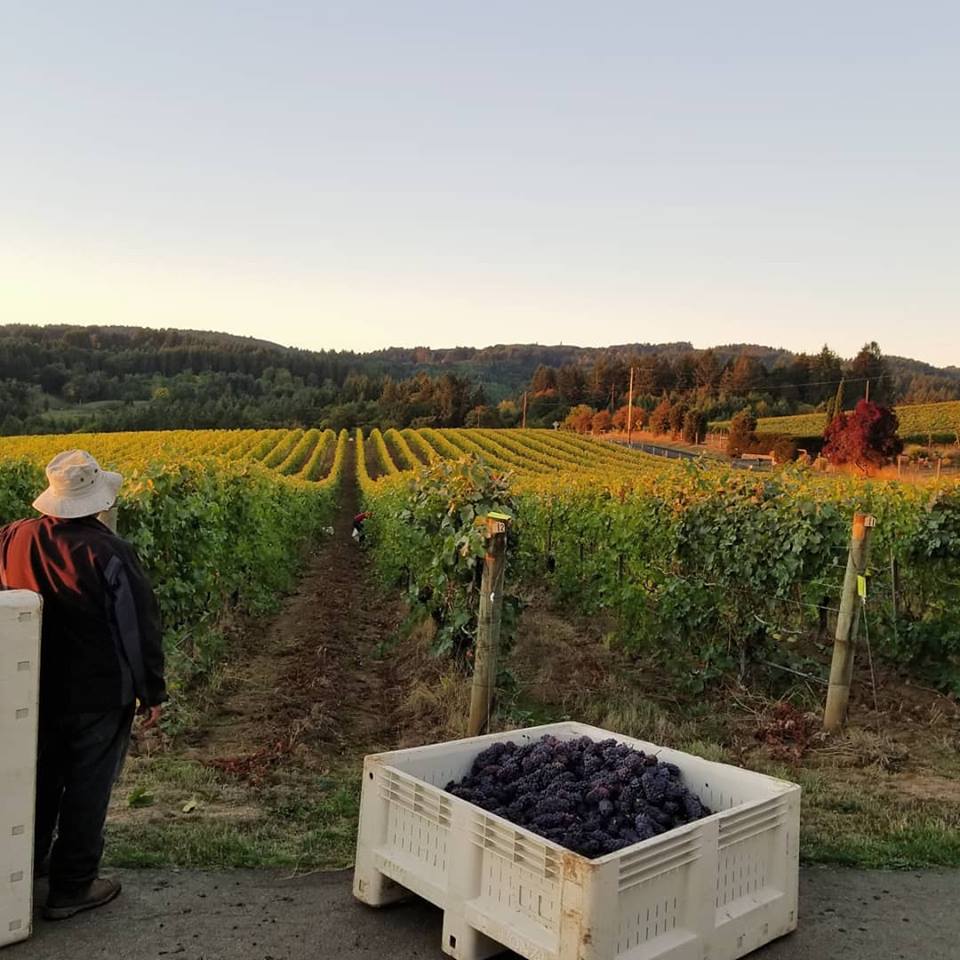 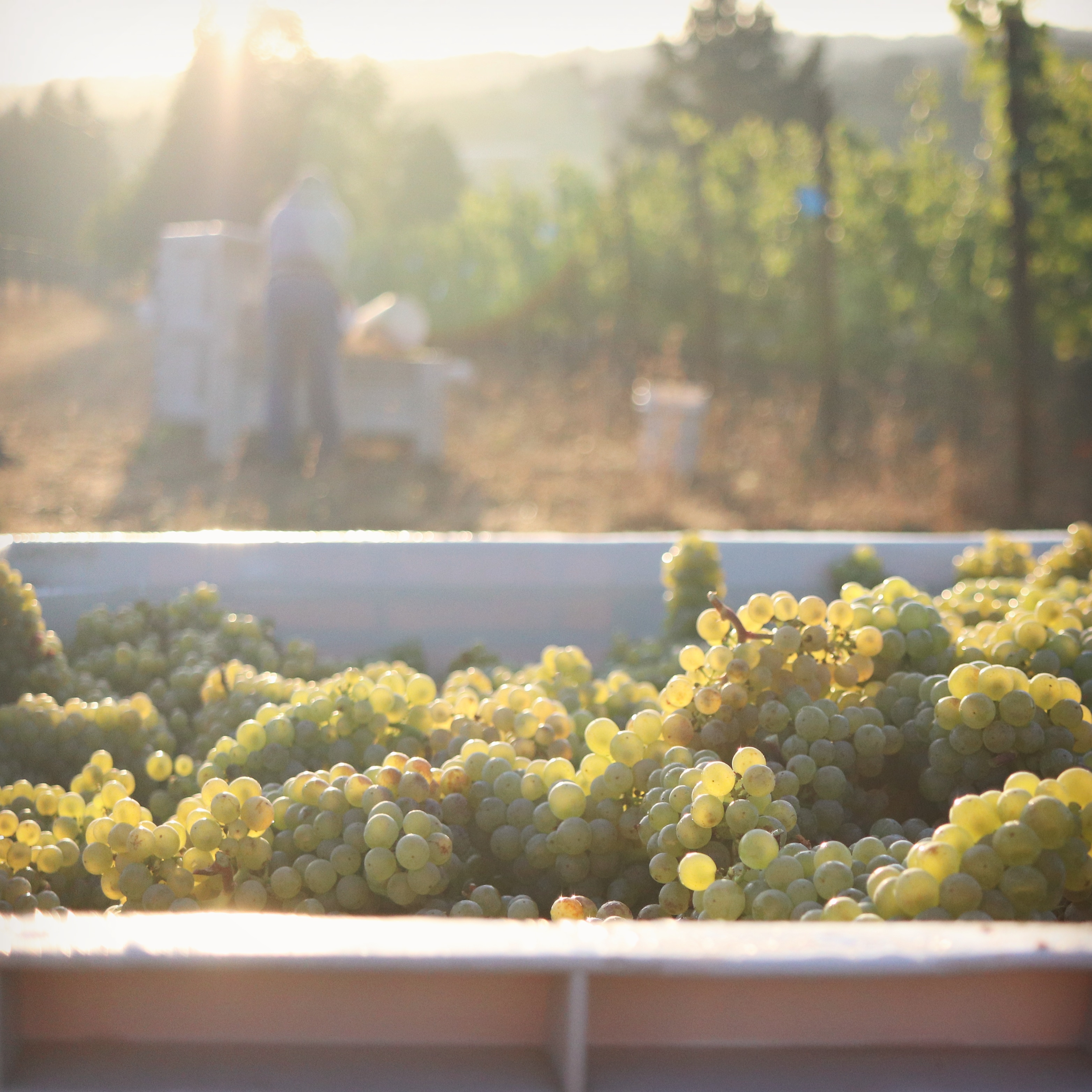 Harvest is in full swing, with our skilled vineyard crew out early in the mornings to bring in this year's beautiful fruit.

This shot is from the Paloma vineyard, which is also home to Winemaker Luisa Ponzi and her husband, Winemaker Eric Hamacher of Hamacher Wines. This 15-acre, high-elevation site is named for the numerous doves that live on the property. Planted in Luisa's Clonal Massale(TM) method, the wine from Paloma tends toward great complexity, with fuller structure and brilliant acidity. 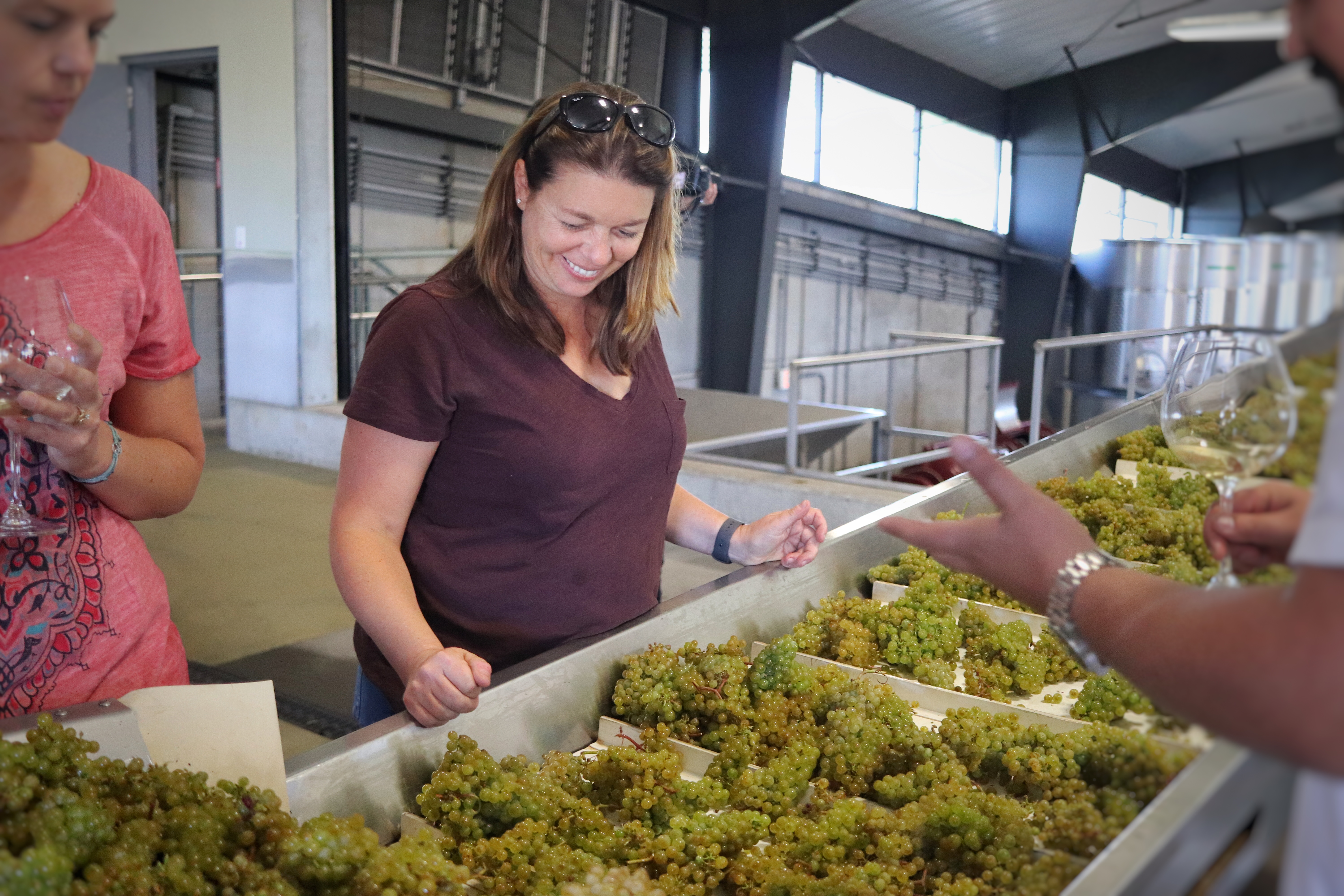 The 2018 vintage is coming off the vines and making its way into the winery. The first fruit in the door is beautiful Chardonnay from Ponzi grower Gemini Vineyards in the Chehalem Mountains.

Winemaker Luisa Ponzi and her team processed the fruit this morning, pressing the whole clusters, before sending it to barrel to ferment.

Follow along over social media and the blog as the 2018 harvest continues. 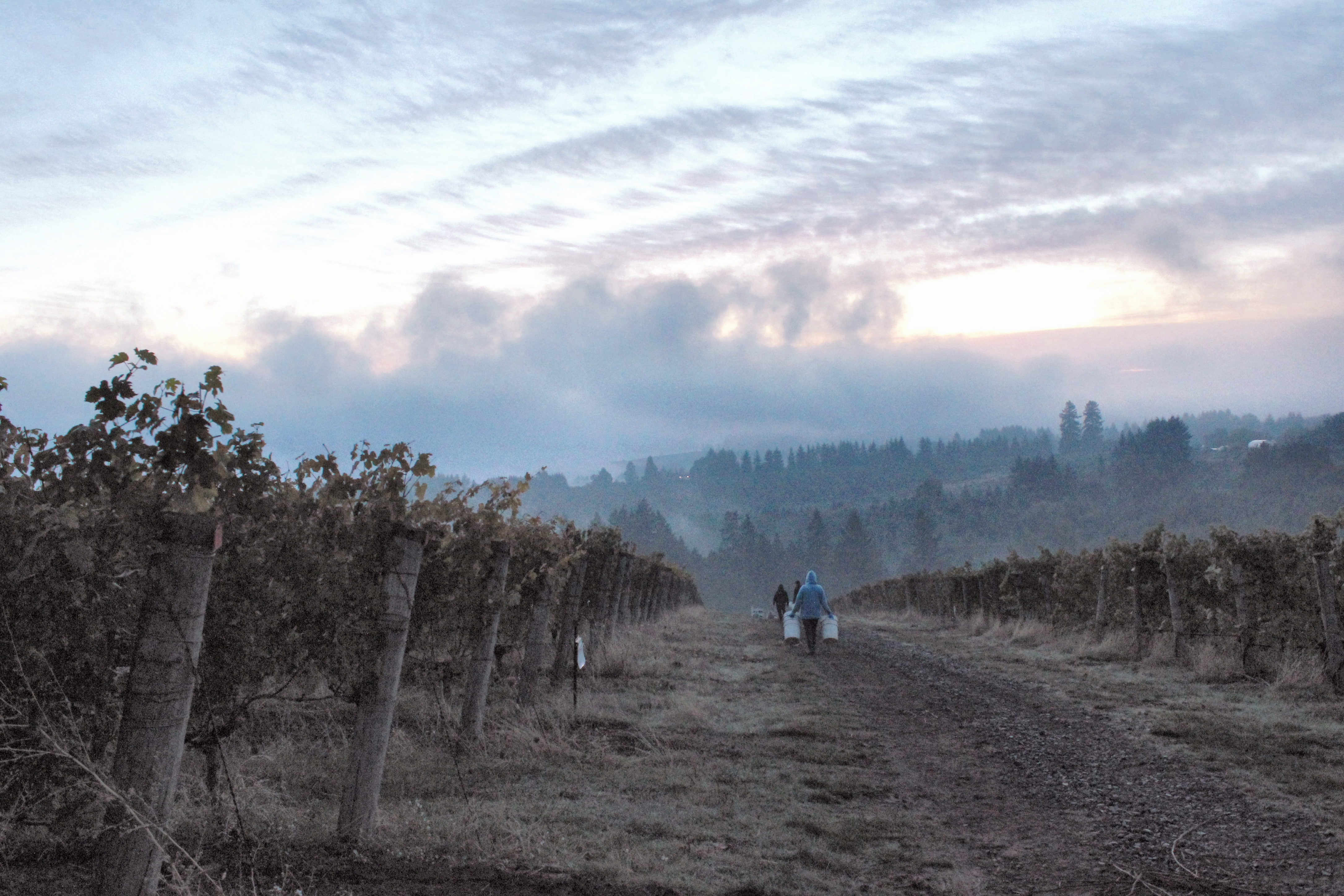 It is a rainy, blustery day at the vineyard today, which makes us nostalgic for the golden days of last year's harvest.

Many will remember 2017 as a rollercoaster year: devastating wildfires, hurricanes, an incredible solar eclipse. Ponzi Vineyards was spared from the smoke caused by fires in the Columbia River Gorge and when harvest approached, luck continued to be on our side with plentiful winds protecting the grapes on over-warm days. And then it was Harvest Day, and "beautiful" was the word spoken most often by Luisa, our winemaker. And the fruit! So much fruit! The crop was abundant.

With big wistful sighs, we present our video of these happy-busy days. Enjoy!

"The weather predictions were not great this year," laughs Ponzi Winemaker Luisa Ponzi. "We were looking at a really beautiful October of clear skies and nice cool temperatures, and it ended up being mostly that, but also there was some pretty intense rain." Watch the video to learn more about the 2017 harvest season at Ponzi Vineyards.

#PZHarvest2017 Update - Behind the Scenes with Christina and Lisa 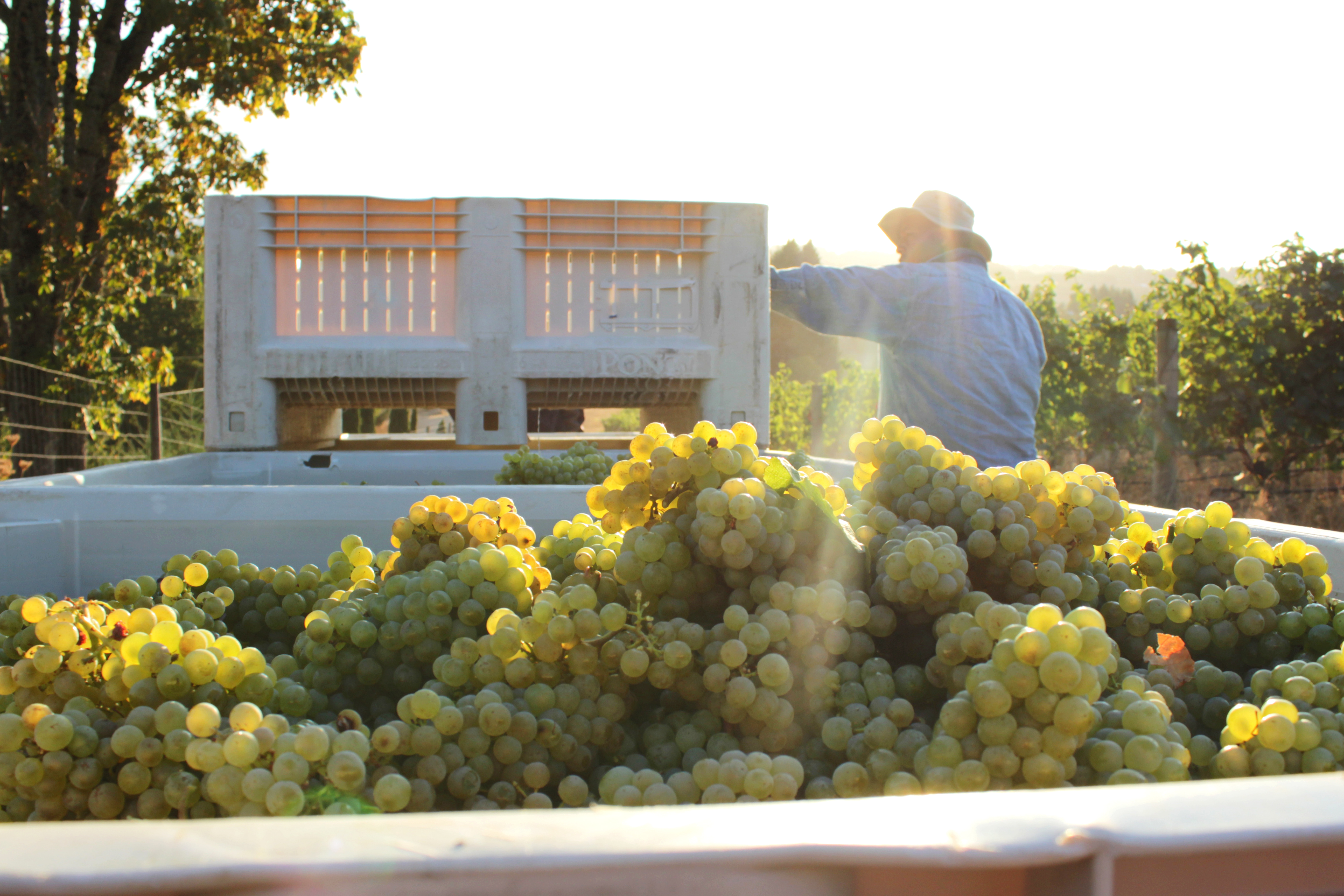 Just before sunrise on September 14, 2017, at Aurora Vineyard in the Chehalem Mountains, the Ponzi harvest team was already hard at work picking the first Chardonnay grapes for sparkling wine. #pzharvest2017 was off to a sunny, warm and dry start. 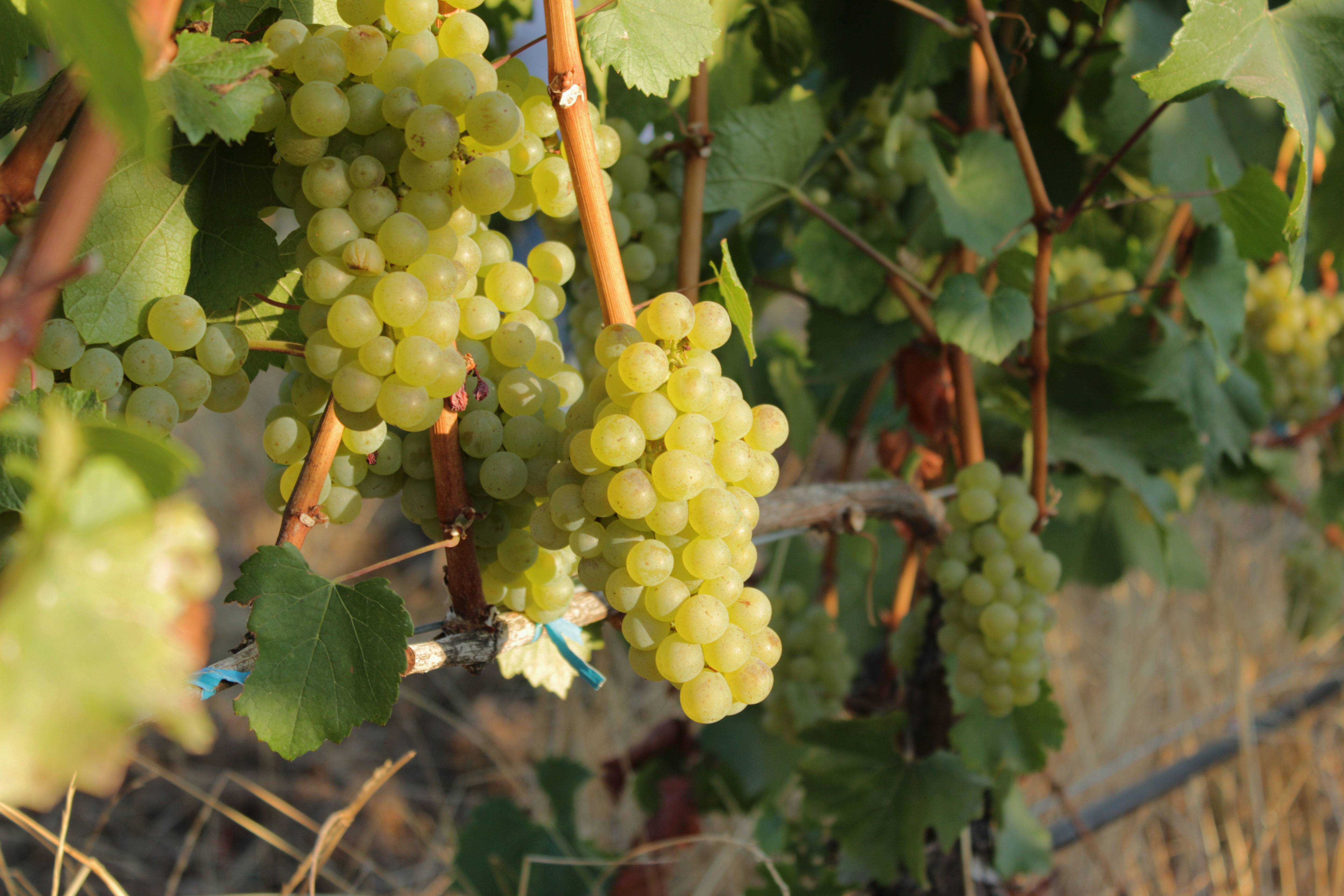 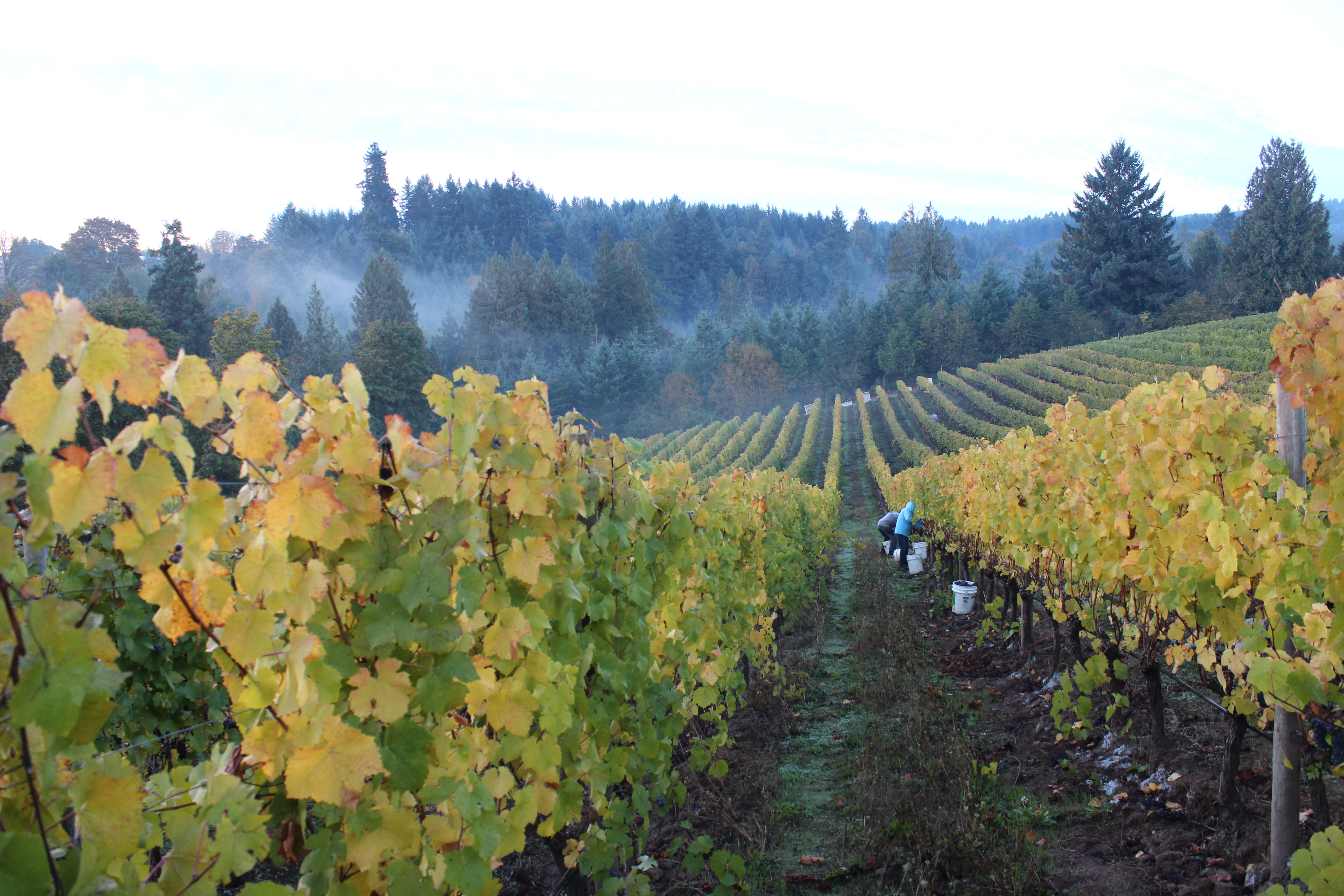 Rains and cooler temperatures soon descended on the Pacific Northwest's Willamette Valley, dropping about an inch of precipitation and delaying Ponzi's harvest. 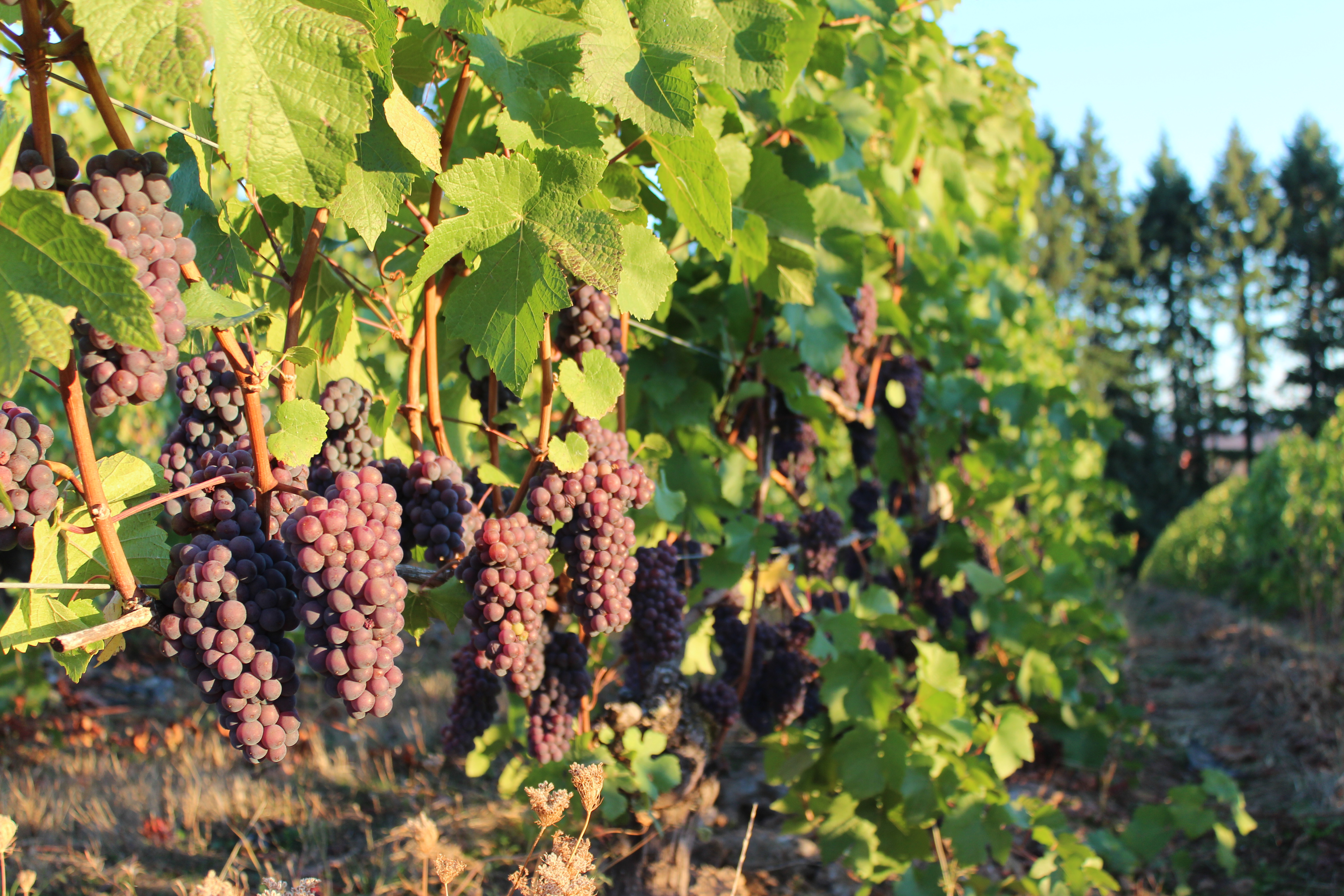 But warmer, dryer mornings returned and the team worked quickly to get all the fruit into the winery before the unpredictable Oregon autumn brought more  inclement weather. From Chardonnay to Pinot gris and Pinot noir, we've gently picked ripe clusters of juicy, flavorful grapes.

Sunrise on the last day of harvest burned off a thick layer of eerie fog. Frost covered the ground, but pickers harvested the last grapes on Ponzi's vineyards. Now that the fruit is in, the winery is busy destemming grapes, punching down lees, pressing and barreling the 2017 vintage. Stay tuned for more updates!

As #pzharvest2017 roles along, we want to introduce you to some of the people who help us make Ponzi's world class wines. Ponzi Vineyards Winery has a tough team of passionate wine lovers, but as Assistant Enologist Annett Goetz explains, brute force won't always wine the day. Watch this video to learn about the role of the lab in winemaking.